Being an open source platform PHP is surely the ideal blend of modernity and features. Under its umbrella, this platform is blessed with multiple customized tools that allow programmers to code in the right manner and create a high-end, scalable app.

But how to make sure that PHP developers are equipped with the best IDE or code editor for seamless development? In order to solve this issue, let's explore eight crucial PHP IDEs and code editors all of which are power-packed with an intuitive interface and amazing features.

It's the next-generation PHP integrated development environment (IDE) to facilitate smarter and efficient development. With its 3X faster performance, Zend Studio accelerates the entire process of writing code and debugging for programmers. Also, it can be seamlessly integrated with key version control systems.

The primary goal of this tool is to let PHP developers build high-quality PHP solutions while boosting their productivity. Its blessed with a smart code editor that is capable to analyze the code efficiently and provide programmers with ways to code with ease. Also, it helps in deploying PHP apps on multiple servers.

This is a cross-platform tool that can be used by PHP developers for writing code on any platform. Also, it's extremely sophisticated and intuitive. One of its unique features is that Visual Studio (With Xamarin) has robust support for major version control systems such as GitHub or Subversion.

The majority of Xamarin features come pre-installed in Visual Studio. In 2016 Microsoft announced that they were integrating Xamarin's software with every version of Microsoft Visual Studio as well as Visual Studio Community.

It's an IDE that comes power-packed with features to allow PHP programmers to write code in a decent and hassle-free way. Eclipse makes it easier for developers to view the changes that they've made in the PHP code instantly. Also, it supports several languages to write clean and error-free code.

Eclipse facilitates rapid app development and is known to accomplish projects without any faults. It has support for multiple open source servers and comprises a unique code editor to enhance the code.

It's a powerful IDE which acts as a comprehensive PHP development tool. This tool can be used seamlessly with different PHP frameworks such as Zend, CakePHP, Yii, Symphony, Laravel, etc. PHPstorm also allows a developer to work in harmony with multiple content management systems such as Magento, Joomla, WordPress, etc.

This tool has an intelligent code editor that has the potential to comprehend the code and understand its structure in detail. Also, it has several other features such as extended code formatting configuration, code folding, syntax highlighting, support for languages, and code completion under its umbrella.

It's an open source IDE that supports different programming languages and all key platforms such as Linux, Windows, Solaris, Mac OS X, etc. NetBeans allows programmers to write quality PHP code with multiple frameworks like Symphony, CakePHP, and Zend. Also, it has a wide range of skeleton and sample apps in the form of project templates that can be rebuilt by developers to create exclusive PHP solutions.

NetBeans has a robust back up of efficient code editors, analyzers, and converters that makes it easier for programmers to upgrade apps quickly and in a hassle-free manner. It also has efficient coding tips, code generators, and templates to simplify the process of refactoring code for programmers.

It's a powerful editor for letting developers write quality PHP codes. Komodo Edit is blessed with a trouble-free yet effective and intuitive interface which has multiple features to simplify the entire process of coding. Also, it supports several programming languages.

Komodo Edit is popular for having an impeccable auto-completion functionality and robust support where developers can get quick responses on the issues raised or can easily post their suggestions.

It's an influential web application IDE that is known to be the ideal combo of features and usability. Aptana Studio is an open source platform which allows developers to write quality PHP code easily by leveraging the flexibility and power of Eclipse. PHP developers can easily customize this platform so that to work in accordance with their specific business requirements.

This tool facilitates seamless creation, reviewing, and debugging of PHP apps. Also, with the help of an exclusive deployment wizard, this tool streamlines the process of deploying apps for programmers. Aptana Studio can be easily integrated with Git that is the most popular open source version control system.

It's a refined cross-platform code editor for writing error-free codes and markups. Sublime Text comes power-packed with a UI toolkit which is customized to suit different needs. Also, it has a feature that provides PHP programmers with key shortcuts to jump specific words, lines, and symbols.

This tool is fast as well as minimalist with a capacity to function seamlessly across multiple platforms such as Mac OS X, Windows, Linux, etc. Sublime Text offers a reliable text editor with features like auto-completion, plug-ins, and more.

After a detailed evaluation, these are the top eight PHP development tools. I would suggest you to check them all. Have them in your PHP programmer's arsenal before making a decision to work with one which is best for you. All these tools are specifically built to encompass features and capabilities essential for developer to write quality and clean PHP codes. 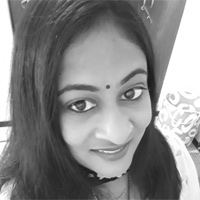 Anubhuti Shrivastava is a content crafter at Arkenea and Benchpoint. She is passionate about writing articles on topics related to design and the software development industry.

The Internet of Things and the Future of Project Management

Programming Languages Suitable for Unleashing the Power of IoT